What do the petroglyphs mean? Some are obvious: a bighorn sheep with arrows in its side and a bunch of hunters running after it, for example, requires little explanation. Some pictures are interpreted by contemporary Native Americans, many of whom claim a common cultural heritage with the ancient petroglyph makers, as having spiritual or religious significance. But the fact is we don't have any idea what most of the pictures mean, and likely never will.
NIKON CORPORATION NIKON D810, f/8 @ 78 mm, 0.5s, ISO 64, No Flash
Copyright 2015 Steve Carter 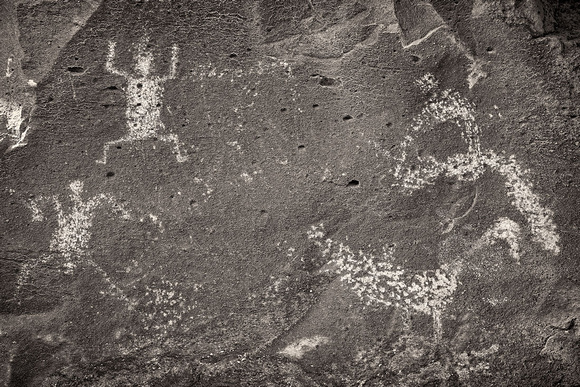